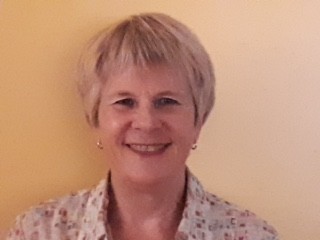 Councillor Hughes was born and raised in Quebec, graduated from McGill University with a Bachelor of Education. After a short stint in Alberta, she moved to Fredericton to attend the University of New Brunswick. She moved to Deep River in 1984 after graduating from UNB with a degree in physical education.

In Deep River she has worked as municipal social assistance program administrator; administrator for the Deep River Science Academy; and as writer and managing editor for the North Renfrew Times. She retired in 2018 after a 15-year AECL/CNL career as a training consultant and manager, including over 10 years supporting the NRU reactor. She has served on the North Renfrew Long Term Care Board and the executive committees for the Deep River Symphony Orchestra and the Rolph, Buchanan, Wylie and McKay Historical Society.

She is a violinist with the Deep River Symphony Orchestra, sings with the Deep River Choral Group and has been involved on stage, behind the scenes and in the pit band in Deep River Musical Society productions. Her other interests include cross-country skiing, biking and golfing.